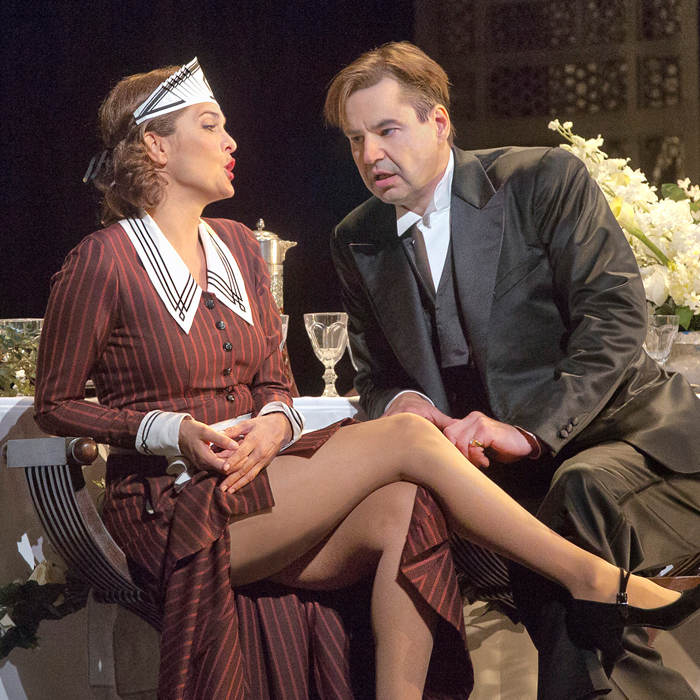 It’s Figaro and Susanna’s wedding day but their boss, the Count, has other ideas, he too wants Susanna. And so begins one of the greatest love stories ever told.

At the centre is Susanna, coolly and brilliantly navigating the mayhem, ably supported by her husband to be. This production sets the story in a time where what was understood as power is crumbling as a new world emerges. It could be 1786 or is it 2021?

Despite a production that looks like a Downton Abbey mash-up, the Metropolitan Opera’s revival of Sir Richard Eyre’s production of Le nozze di Figaro provides an elegant and musically satisfying showcase for Mozart’s genius and the talent of many fine performing artists.

Set in a  manor house near Seville in the 1930s, Figaro and Susanna are preparing for their wedding. Count Almaviva has been making advances toward Susanna, his wife's maid, and everyone knows it. Susanna is supposed to marry Figaro, but the Count wants to delay it. Figaro is furious when he learns from his bride that the Count has tried to seduce her. Susanna and Figaro come up with a scheme to expose the Count. He’s determined to have revenge on his master.

This immortal comedy delivers one brilliant and memorable number after another, while still offering an incisive—and hilarious—social commentary. Employing tangled love interests, interwoven deceptions, and slapstick farce, the opera is only further elevated by Mozart’s sublime music, which has delighted audiences for more than two centuries.