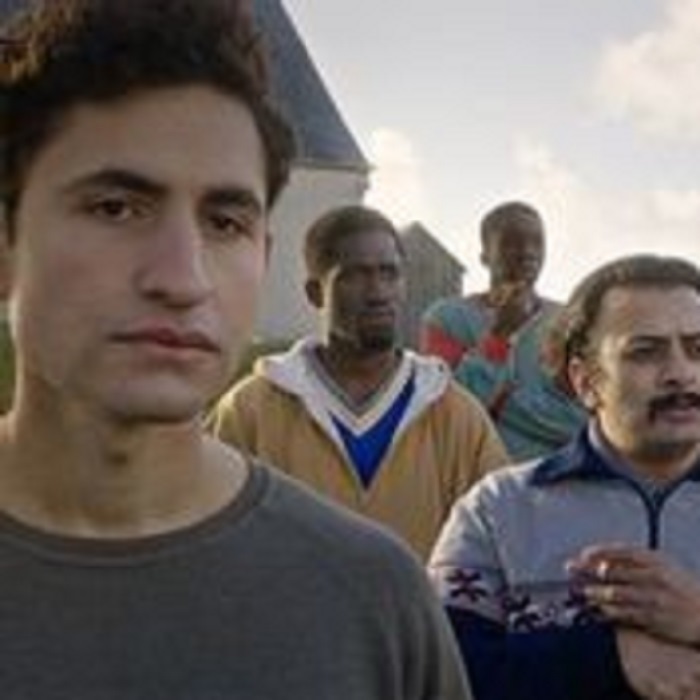 Promising young Syrian musician Omar is one of a group of refugees stuck on a remote Scottish island in this hilarious and poignant award-winner and BAFTA nominee.

Separated from his family, Omar shares a home with fellow refugees as they await word on their asylum requests.

So godforsaken is this island that one of Omar’s flatmates says of the mobile reception: “You know, there was a better signal in the middle of the Mediterranean.” And then there are the locals to deal with. The new arrivals are compelled to attend bizarre “cultural awareness” classes run by Helga (Sidse Babett Knudsen, Borgen, The Duke of Burgundy, SFF 2015) and Boris (Kenneth Collard).

It’s the kind of island where young people in a car accost Omar – saying he is a potential terrorist and rapist – and then offer him a lift to avoid the rain. In this state of limbo Omar and his friends somehow manage to maintain hope as their previous identities are gradually diminished. With his second film, a hit at festivals around the world, Sharrock uses wit, sharp observation and a great cast to shed light on people whose individuality seldom receives the attention so tenderly shown here.

‘Witty, poignant, marvellously composed and shot, moving and even weirdly gripping.’ THE GUARDIAN