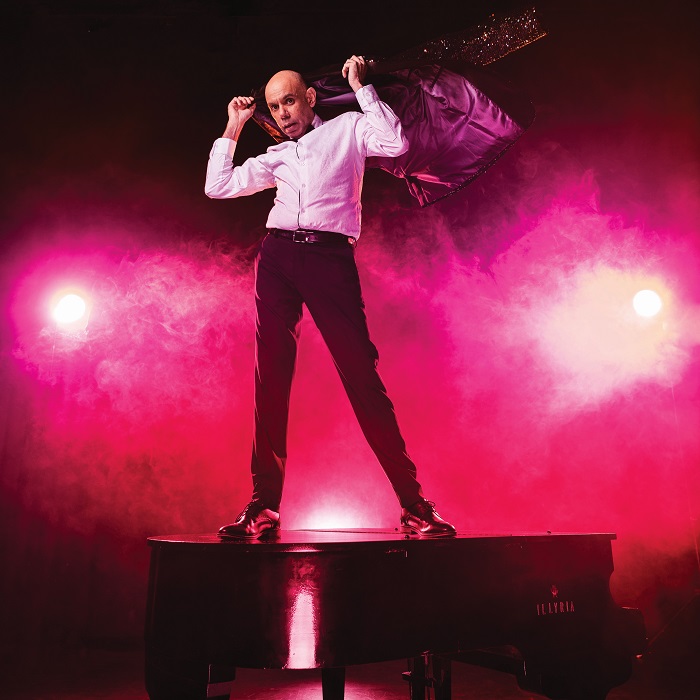 “Leave your judgement at the door and everything you know…” This is cabaret as you’ve never seen it before!

Bigger & Blacker is a comedy cabaret guaranteed to get you laughing, thinking and shimmying in your seats over one action packed hour of entertainment. Steven Oliver, the star of ABC’s hit television series Black Comedy, is fabulous in this production, based on his own life.

Bigger & Blacker combines comedy and contemplation with reflections on love and loss and a candid look at the downside of fame. As well as a seasoned performer, Oliver is a talented songwriter whose original score runs from perky pop to urban rap to lilting lullabies.

Throw in dance breaks and spicy banter between Oliver and his on-stage companion, musician Michael Griffiths, and you’re guaranteed a fun night out.