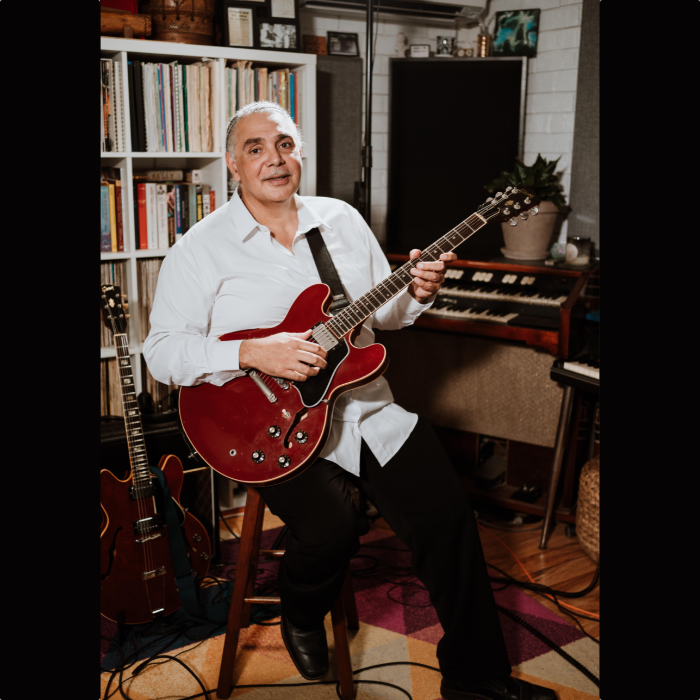 Born into an Aboriginal family of country rock performers, Buddy Knox is a blues man, Tamworth-based musician has been described as Australia’s answer to BB King!

Buddy has carved up the Blues scene around Australia since 2007, notching his Blues belt with all the big ticket Aussie festivals from Bridgetown to Bluesfest.

He won the Sydney Blues Society Performer of the Year twice, and continues to share his old school traditional Blues style with fans. Buddy plays with smooth finesse, in the tasty authentic style of the old legends.

Armed with his signature 335 Gibson, his devotion to the art form is genuine, playing with an effortless style. The Blues sure have got Buddy Knox, but ask him yourself, he’s happy about that, with a lifelong passion for this genre.

Whilst Yearning to play like rocker Chuck Berry as a teenager, Buddy now has a style of his own that exudes the essence of Blues. He’s been referred to as our very own BB, but expect a dash of Freddie King guitar style in his show

Buddy performs with his band including his son on Bass and nephew on drums who have worked on stage with Buddy for years. Together they are a world class act and a show not to be missed. Tickets on sale now.

This show is part of NAIDOC Week 2022